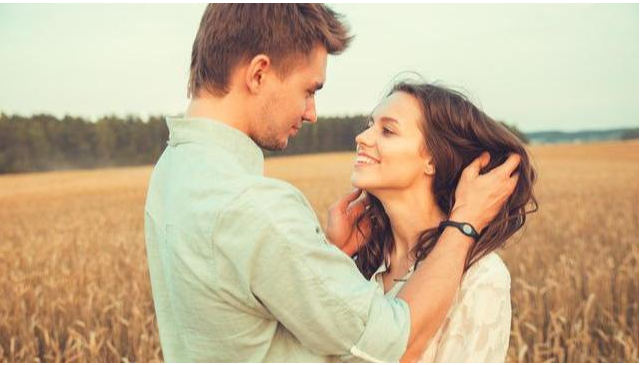 Because of love so distressed

At the moment when he fell in love with her, all her disappointments touched his heart. He was willing to share all her pains. Even though he knew that he could not walk hand in hand in his life, he was still willing to silently shield her from some ups and downs of life, only hoping that she could stand in the middle of happiness ...

Because of love, I fell in love with her. It was on the subway to the terminal building.

Because he had to finish his master's thesis, he often took the subway to the terminal in those two months to collect the necessary information. Naturally, he met many beautiful stewardesses who went to work. He said that walking with so many beautiful women is very eye-catching. And she, however, shook his mind.

Like a quiet heart lake suddenly throwing a stone, the ripples of love rippled round and round, with her beautiful beauty in the middle.

"Beauty also likes this book?" He found a source of conversation with her.

"It is recommended by friends. There are many moving stories and profound life sentiments. Reading makes people feel warm. I also like the name of the book-"Life without regrets "." She clipped the bookmark and looked up.

"Yes, if you can really live without regrets, it would be great." The idea of not letting her miss suddenly became strong.

"Some regrets are also beautiful." She spoke softly.

"The beauty of regret is due to the disappointment, unwillingness, and helplessness of those beautiful things in life, due to the desire and pursuit of perfection." He likes to explore the essence of problems.

So, on the topic of "regret", they reduced the journey of more than 20 minutes into a short moment.

In the days that followed, he learned some of her stories, and it can be said that most of them were closely related to "regret": when she was in vocational high school, she fell madly in love with a boy who studied fine arts. She was 18 that year. She did not hesitate to hurt her parents badly and followed the boy to Beijing. They don't have academic qualifications or skills, and they suffer a lot of unimaginable hardships in the prosperous capital where talents are like crucian carp. Later, she was lucky enough to sign a contract with Northern Airlines. With her steady salary, the boy entered an art college for further study. Unexpectedly, the boy accidentally fell from the tenth floor while helping a friend to decorate outdoors, and left her forever without leaving a word. Silent sorrow has not yet dissipated. Out of the guilt of the willfulness of her original love, she could not bear to watch her parents worry. She agreed to a marriage that her parents liked and married the marketing manager of a real estate company. The material life of two people is enviable, but their feelings are always bumpy. The unspeakable pain is the internal injury caused by the lack of drugs. Perhaps only time can cure it.

"Why do I have to tell you so much?" Suddenly found that he had some words don't talk, her heart can not help a quiver.

"Thank you for treating me as a friend to talk to." Her story made him want to hold her hand impulsively and pass on pity and love silently.

"Maybe this is what people call regret." She sighed softly.

"Although there is too little perfection in life, we should never give up the pursuit of perfection." He didn't know what to say to her at the moment. At that moment, his heart was in a mess.

It's over without confession. That short love, to be precise, is just a wishful secret love, but it is also so impossible to give up. Since then, she has occupied a corner of his heart.

After graduating from graduate school, he entered the propaganda department of a university as he wished. During this period, many people introduced him to his girlfriend, and he also went on blind dates and fell in love seriously, but he couldn't find the passion for love. Gradually, he became indifferent to love and devoted more energy to his work. Contrary to the emotional path, his career is smooth and prosperous. Soon, he became the youngest deputy director in that university.

From time to time, he would receive a phone call from her and listen to her pour out her stories and feelings. Sometimes, he inserts one or two sentences about his own feelings. More often, he is a good listener, and she seems to just talk to him and does not expect anything from him.

However, he often thinks of her experiences, especially the thought of her marriage that is still as warm as water, which makes his heartache vaguely, and all the unspeakable pains are related to her.

On holidays, he also sends warm greetings. She was so moved that he couldn't see it but could feel it.

Twinkling of an eye, two people haven't seen each other for three years, but her smile is clearly printed in his mind. He knows a lot about her bitterness, sweetness, and sourness. On several occasions, he tried to ask her out, but in the end, he didn't take action. He smiled bitterly: What about meeting each other? I'm afraid there will be a heavy sadness and then a heavy sadness.

That day, on the first floor of the book building, he suddenly looked back, and he froze: but after more than a thousand days, she changed so much, and her costume, eyes, and temperament were totally different from those he used to know. Originally, she still kept a lot of his own situation from him, just because she didn't want him to have too much care and worry.

Sitting in the coffee shop facing the street, she gently stroked the delicate cup. Facing his surprise and eagerness in the soft piano music, she slowly told him other experiences that she never wanted to mention to others: her husband was having an affair, and she cried like many women, but it didn't help. Just when she broke up, he fell into the lover's honey trap and was sentenced to four years in prison for stealing huge sums of money from the company and causing irreparable economic losses. Overnight, they spent all their possessions in these years and still owe the company more than one million yuan in debt. At this time, her husband suddenly repented and said guiltily that he had nothing to say about her choice, as long as she was willing, as long as she could be happy.

"What else can I do? After all, he is the father of the child! " She heaved a long sigh in anger.

Waiting for her husband to turn over a new leaf may not be her best choice at the moment, but what else should she do? He couldn't point out a better way for her either. He just comforted her over and over again, believing that everything will get better after so many twists and turns. He said guiltily that he did not dare to look up at her, for fear that she would see through his inner contradictions at a glance.

However, since then, he has given her more care, recommended many good books to her, helped her find out a lot of information about the skills and secrets of being a good mother, and helped her to get a more relaxed job through her classmates' relationship, even specially visited her husband who served her sentence and advised him not to let her heart hurt again ... He did what he thought he should do so willingly, without feeling the slightest hardship, only gladly.

She was moved to ask him why he wanted to treat her so well. He just said two words faintly: "Distressed."

What he didn't say was that he was distressed because of love. At the moment when he fell in love with her, all her disappointments touched his heart. He was willing to share all her pains. Even though he knew that he could not walk hand in hand in his life, he was still willing to silently shield her from some ups and downs of life, only hoping that she could stand in the middle of happiness ...

Later, after listening to her, he fell in love with a stewardess she introduced and got married. When she blessed his wife, she said with envy: "The two people who know how to feel distressed, when your happiness can't fit, must think about giving it to friends."

The ratio of performance to price is very high sexy plus size evening dresses .

He and his wife nodded with a smile.

Because of love, I feel distressed. Because that is true and that is pure, his distressed Zen is fragrant and everlasting.