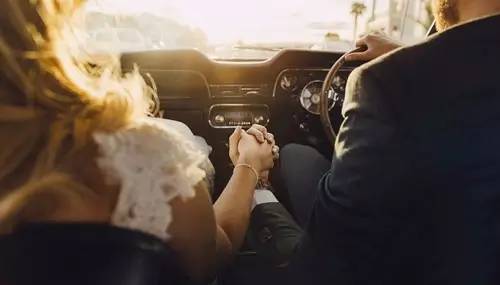 Embrace life with her attitude

For ordinary couples, when it comes to love, it is always extravagant. Many couples never talk about love all their lives, but in words and deeds, they all express affection.

I have to admit that this is an era in which form is greater than content. Bewitched by the ever-expanding material desires, it is difficult for someone to clear everything when they are in love and are not linked with interests. It's the majority who are separated from each other in appearance, and it's also reluctant to live by hand. A seemingly happy marriage is also a kind of form in many cases. Emotion is not decided by soul, and it's just that it doesn't have the courage and strength to pursue a new life. Such a day has become too heavy to eat, and it is a pity to abandon it. Only "the poor endure, the rich endure, and can't sleep and narrow".

With her attitude and embracing life, people can't help burning the desire for classical and simple love. After all, how to spend this long life is worthy of yourself and years? Nature is sentient beings, and warmth is resident.

Compared with the magnificent pace and rotating speed of a metropolis, ordinary couples in small places are more qualified to live a life full of fireworks. Perhaps, only by walking slowly to live, can we get all the moistening and savoring.

I'm used to seeing how much celebrity love is scattered in major media magazines, and the seemingly stereotyped narrative style has already numbed us, just like eating delicacies, but I really look forward to returning to the countryside, regaining the wild interest and valuing the game-because our original life and love are all there, and the city is just a monument to the countryside.

She is an ordinary family member in Subei Coal Mine. Her husband wears navy blue overalls, a yellow safety helmet, and knee-length black rubber boots every day. She is also an ordinary underground worker who lives three shifts. Every day to meet her, her husband's face is always slightly tired and covered with coal ash. She doesn't think this is self-restraint. Instead, she often silently brings a basin of clear water, gently puts a towel along the basin, and then walks away silently. Yes, she is waiting for her husband, but there is still so many personnel waiting for her, such as her two children, for example, the road covered by two phoenix trees in the mine.

Waiting for her two children is always pity and pain in her heart. Especially the crippled son with dementia. A woman who is a mother always has a different mood than a single woman. What's more, she is just such an ordinary and simple woman. In this coal mine, she is not even a formal worker, let alone the so-called "establishment". She is just a family member of a good worker, a Kanika nimtragol from the countryside of northern Jiangsu, who follows her husband to the coal mine to make a living and share her husband's family. However, the mother's ordinary identity shines with extraordinary dazzling light on her body, and everything is due to the disabled son.

An ordinary mother can take good care of her disabled children for decades, and never give up, with no regrets. This is no longer ordinary, but greatness that does not need to be engraved on the monument of merit, and a simple and moving flower in the dust.

The road covered by the two phoenix trees in the mine waiting for her is the work given to her by the leaders, and she regards it as her own blessing. As an employee's family member, it is her duty to care for her husband and children. She is busy with her daily chores, but she can't. She still has two grown children. She can't kneel so easily and live in dire straits forever. She needs to share some economic burdens for her husband and some physical and mental pains caused by poverty in her life with her weak shoulders.

It is her kindness and calmness that ushered in this glorious "sweeping the road" work for her. Judging from her sweet smile every day and her cordial greeting to passers-by, she doesn't think that "sweeping the road" is a lost thing, on the contrary, it is glorious. Give a rose, and your hand has a lingering fragrance. With the hard-earned money earned by her hard work, she is down-to-earth, close to her lungs, and feels heavy in her hands. As an ordinary woman, she recognizes this principle.

In this way, there are some "special" days of a family of four, just like the days of all other coal mine workers. As each day rises and sets in the morning, it passes safely and firmly, and it flows like a stream.

Someone tried to ask her if she felt bitter after such hard work. She smiled shyly, subconsciously carried the broken hair on one side to her ears with her hands, and said slowly, that's it. It's quite good.

It's quite good. This ordinary woman is so easy to satisfy. Maybe all her life, she didn't have a chance to go to the outside world to see what is gorgeous and what is the trend-no, she doesn't need to know the so-called "fashion", including clothes, including life, even including love. It's just that she keeps her husband who goes down to the well in three shifts, keeps her two grown children, and keeps her hard-won job of sweeping the road in 500 yuan every month. She is very satisfied, and her face is every day.

So, as a woman, doesn't she have a longing for love? As outsiders, we can only watch the fire from the other side. We are afraid to ask her questions abruptly. Because under love, even those of us who look glamorous will turn into faint shadows in an instant. However, from the calm of her orderly housework, from her husband's tired but warm smile, from her daughter's healthy and lively growth, and her son's quiet demeanor every day, we already know that love is far more than just a noun to her. Maybe she has never even heard of love as a romantic noun in this life, but her usual warm every move, her careful arrangement of porridge and a meal, her casual rambling.

The stability of husband and children is her love; It is her love to sweep the road after getting up every day; Bathed in the warm sunshine every day, occasionally greeting passers-by cordially and sincerely is her love-the whole life, the long years, all her love.

At this point, have we all been dwarfed for a while? Behind the gorgeous and extravagant times, we need to grasp a sense of sobriety and seize a sense of strength. Like a big tree that knows how to return to its roots, we always reflect on ourselves, the ordinary power, and what kind of attitude we should take to accept and embrace life without complaint or regret.