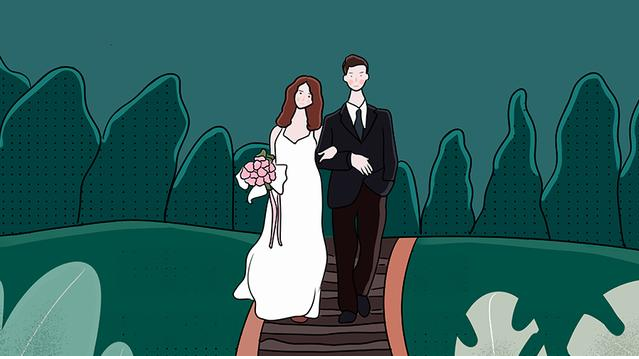 Every morning at 7: 00, Jeffrey, who lives outside London, will appear at the ticket office on time, and buy a ticket to downtown at 7: 15 and a return ticket at 5: 00 pm. In the past three years, Jeffery met the same conductor. Every time he saw Jeffery, he would directly vote for him with a smile-although they never asked each other's names, they had the same tacit understanding as old friends.

Love ticket On busy days, Jeffrey often wondered when he could have his own happiness. Finally, one day, the girl in Jeffery's dream really appeared on a foggy morning. When the girl in red and long hair shawl walked through the fog and came to the waiting bench, Jeffery's heart beat faster. She smiled softly at Jeffrey on the bench and sat down gently in the space beside him. Jeffrey didn't dare to strike up a conversation with her rashly and didn't even dare to turn slightly to admire her big eyes with long eyelashes.

At that time, the announcement that the train was late suddenly coming out on the radio. This meant being late for Jeffrey, but he was not upset, but secretly pleased that he could stay around the girl for a while.

Soon, the girl frowned slightly, closed her eyes, and started to take a nap. This morning was filled with fog, not many people came to take the train. Jeffery vaguely saw the conductor he was familiar with sitting at the ticket booth and seemed to be looking in this direction. Perhaps the red coat of the girl around him was too dazzling in the thick white morning mist.

At this moment, something exciting happened to Jeffrey. The girl was already asleep because she was too tired. Her head slowly leaned on Jeffrey's shoulder, her hair brushed his face, and the fragrance crept into his nose. Jeffery was tickled, and at that time, he was happy and at a loss to lean his head gently on the girl's head, feeling her breath quietly. As time went by, Jeffrey tried to move his shoulder, but he endured the pain and was afraid of waking her up. His heart is full of warmth, and how he hopes that this lovely girl will always be so innocent girl by his side! ,

The fog gradually dispersed, and Jeffrey's eyes once again fell to the ticket office not far away. The conductor seemed to be looking at their predestined friends and smiling with profound meaning. An hour passed, and the whistle of the train awakened the girl's dream. She opened her eyes and adjusted her disheveled long hair in panic, and smiled shyly at Jeffrey. Jeffrey also smiled ...

Jeffrey wanted to say a few words to the girl and leave her contact information. However, after they got on the bus, their seats were far away, and he only had time to know that the girl's name was Scindia.

From that day on, Jeffrey became lovesick. Every morning, he arrives at the station early, hoping to find the girl in the stream of people. In the evening, he is always reluctant to get on the bus immediately, for fear that the girl will slip away from his nose. On several Sundays, he refused to leave even after waiting on the platform from morning till night. Every time he saw a girl with a long hair shawl and red coat, he was excited-but those were not Scindia.

In this day of boredom, hope, and disappointment, only the men in the ticket office often smile at him and make him feel a little warm. On one occasion, Jeffrey even couldn't help but walk to the front of the ticket office and ask him about the whereabouts of Scindia. Maybe he will have an impression of that beautiful girl. Maybe he knows when she usually takes a bus, just as he knows his own timetable. However, he got the answer that girls don't often come to take the train.

Jeffery returned to the bench in a dejected manner in the conductor's caring eyes. As the days passed, Scindia never appeared in Jeffrey's sight again.

One morning, Jeffrey came to the ticket booth as usual. The man who sold tickets smiled at each other and started to play tickets skillfully. When the man handed a ticket out of the window, he smiled apologetically and said, "This is the ticket to London. The return bus stopped at 5 o'clock today. Is the 6 o'clock train OK?"

Jeffrey shrugged his shoulders. It seems that he will be home an hour late. This time, the conductor didn't ticket directly, but took out a ready-made ticket from the side and handed it to him.

In the evening, Jeffrey arrived at the railway station before 5 o'clock according to the custom. To his annoyance, the 5: 00 train to the suburbs didn't stop. It arrived at the station in full view and left as usual. The railway company's false notification made Jeffrey feel very unhappy in his heart. However, this slight unhappiness, together with the exhaustion of the working day, disappeared without a trace after an hour!

When Jeffrey found his seat according to the seat number of the ticket, his eyes widened instantly-it was Scindia! She is still wearing the last red coat and long hair! Scindia obviously saw him, too. Her eyes showed an expression of surprise. Under her gentle gaze, Jeffrey sat down beside her again ...

This time, Jeffrey was lucky to get Scindia's phone number and learned that. She works in the suburbs and goes back and forth between the city and the suburbs every half month. He could see that the girl also liked him. He walked briskly out of the station side by side with Scindia and put her in a taxi. When the car started, Cynthia rolled down the window and told him to leave his phone. Jeffery was immediately wrapped in an indescribable joy.

When passing by the ticket office, Jeffrey inadvertently looked up and looked at the conductor sitting inside-the man was looking at him with a smile, which seemed to have special meaning. Jeffrey also smiled politely at him. What he didn't expect was that the man gave him a naughty thumbs up ...

Suddenly, Jeffrey seemed to understand something-when the conductor bought tickets in Scindia, he especially typed out the tickets next to her and left them to him!

On this month's starry night, Jeffrey rang Scindia's phone, and the girl on the other end of the phone was very surprised. Because she heard a word full of affection-"I love you" ...

custom prom dresses we have professional and top fashion designers to meet any of your needs.

The classic of platonic love

All the fish in Houhai know that I love you-2

All the fish in Houhai know that I love you-1

a flying moth darts into the fire-5

a flying moth darts into the fire-4

a flying moth darts into the fire-3

a flying moth darts into the fire-2

a flying moth darts into the fire-1