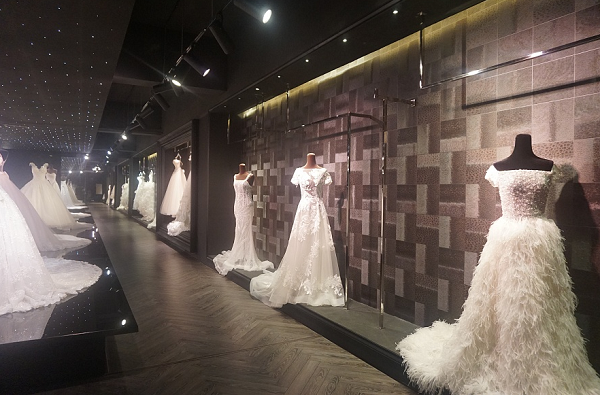 Mo Mei and An Sheng are the standard self-made couples.

Until now, Mo Mei can clearly recall the dilemma when she and An Sheng were just together: at that time, we were really poor-we didn't even have a table to eat and a bed to sleep in! I finally got 100 yuan of spare cash, and immediately went to the eastern suburb market to buy a table. Of course, I didn't want to take a taxi, so I just carried it back, took a few steps to rest, took a few steps to rest, and was extremely happy. At that time, I thought it was so happy to sit on the stool and lean against the dining table! Another time, the two of us added up to only 50 cents, so we couldn't help but call a friend of Ansheng to borrow money. At that time, we didn't have a mobile phone, so we had to make a public phone call. After a phone call, it changed from 50 cents to 20 cents. Fortunately, our friend promised to lend us money, otherwise, we would be really hungry.

Of course, Mo Mei can tell the past happily, which has something to do with the great changes in their lives. After marriage, Mo Mei opened an online shop specializing in baby products, and she was the only one who worked for customer service, purchase, and delivery. A Sheng entered an advertising company to do graphic design, starting from the lowest assistant designer, and he took over all the jobs that others didn't want to do or were thankless. Late at night, two people each occupy a computer, each busy. In the gap, Mo Mei got up to wash two apples and handed them to An Sheng. The tired two people fell on the sofa and ate apples. They took it as a rest, ate the apples, and then fought ... In the third year, An Sheng was promoted to the design director of the company, and Mo Mei's online shop was also under her painstaking efforts. The business was booming, with an average monthly profit of 20,000 to 30,000 yuan, and their economic situation improved rapidly. Now, they have three houses, two cars, and a variety of investments ranging in number-not bad, especially for them, but they are only in their early thirties and are young.

Since life changed, Mo Mei has heard the most words: "Watch your husband carefully. He is handsome and rich. How many little girls are eyeing him!"! Don't think that you have lived through hardships, and your feelings can stand the test. How many couples are not like this, they can share hardships but can't share happiness! "

The person who said this is Xu Fei, Mo Mei's good friend. Xu Fei and her husband's situation is similar to Mo Mei's. They worked hard together to create a rich life, but in the end, her husband abandoned his wife and children for a girl who had just graduated from college.

"Men get bad when they have money!" Xu Fei complained indignantly to Mo Mei. "In fact, I have been carrying this tendon in my mind, reminding him all the time:' Look at me, how much pain I suffered when I followed you! How can you be today without me?' Every time I say this, he is impatient and says,' Is it interesting to keep mentioning this? When you followed me, did I force you with a knife?' A word choked me! I always feel that something is wrong, so I firmly hold the economic power in my family. But even so, something went wrong. That girl, not just for his money! The most exasperating thing is that I reminded him that he actually said,' What if you only want my money? At least I am happy and relaxed with her, unlike with you, as if I owe you much. I can't live a comfortable life for a few days after only a few decades in my life?' I'm so angry! "

Mo Mei didn't worry about what Xu Fei said, but she felt that Xu Fei's husband was right at least in one sentence, that is, when you followed me, you were willing, and no one forced you with a knife. She thought of herself, when she chose to be with her peace of mind with nothing, it was also her own willingness. If Ansheng can read her well, it is certainly good; She has nothing to say if she doesn't miss the old feelings. If you want to complain, you should blame yourself for not seeing the right person. Isn't this the same as opening an online shop, investing right, and making a big profit; If you make a wrong investment, you will lose all your money? After all, you will have to bear it yourself.

At this thought, Mo Mei felt it unnecessary to be jittery and nervous like Xu Fei. Besides, it's useless to be nervous. Xu Fei is not a living example! She never said anything to An Sheng, "If it were not for me, where would you be today?" She felt that An Sheng was a wise man, and he knew it without saying it. Besides, a man's face still needs to be taken care of. If a man can't lift his head at home, is he still willing to go home? He always doesn't go home, so the relationship between husband and wife will be affected, and it will be too late to regret it.

Momeni doesn't guard against Ansheng in money. Her temporary residence permit expires and she's too lazy to reissue it, so her house and car are all written with Ansheng's name. A Sheng, however, sometimes feels very surprised: "Silly girl, aren't you afraid that I will sell these properties and run away with others one day?" Mo Mei smiled: "What can I do if you want to be such a person? But I believe that you are not that kind of person! " The more she is like this, the more she feels she can't live up to her trust. In fact, people often find Ansheng to do private work. It is easy for him to get a "small treasury", but every time he settles a private account, he will take it home without leaving a penny and put it in front of Momeni: "I earned it. Take it!" Mo Mei would hug Ansheng nervously and say, "Why do you think I'm so lucky? I have found a husband who is good to me, but not good to me, and can earn money, but also give me all the money he earned! I am a blessing in my life! " Mo Mei's words made Ansheng very proud and useful.

Ansheng is very popular in their company. Originally, she is handsome and talented and has a house and a car. It is the "Phoenix Man" favored by girls nowadays, but unfortunately, he is married and deeply in love with husband and wife! It is said that a female colleague joked: "Who can break up Ansheng's marriage, I will reward 100,000 pieces!" A Sheng told Mo Mei this as a joke, and Mo Mei also laughed and said, "Then go, I want the 100,000 pieces!"

At the annual meeting of the company, An Sheng took Mo Mei to attend and took the stage to sing "Hand in Hand", stating in particular: "I want to give this song to my lover who is here today and thank her for holding my hand for so many years, walking through such an embarrassing time, never leaving, and finally winning the present happy life. I want to say to her: Wife, I will cherish you and cherish our feelings! " Mo Mei stood below, her heart warm and her eyes moist. She could feel the envious and even jealous eyes around her. At that moment, she felt that everything she had done for this man was worth it.

In the evening, two people were lying in bed. Mo Mei asked An Sheng: "People say that men get worse when they have money. They also say that both husband and wife can share hardships and cannot share joys and sorrows, but you don't seem to be like this?"

Mo Mei thought for a moment and said, "He will probably choose the young man who was saved by him! Although it seems unreasonable, no one wants to face a person who is kind to himself all day, because, in front of this person, he is always lower, who likes this feeling? "

A Sheng smiled: "Look, this is your cleverness. You followed me when I was broke, and you were kind to me. However, you never sold to me and never took credit for yourself, so with you, I have been living a happy life. Most women are reasonable and tide wait for no man. What about you, reasonable, know and forgive. Really, not many women can do this. I look at the women around me and feel that no one is as good as you! "

Mo Mei leaned her head on An Sheng's shoulder and pinched his nose: "Hey, it sounds like I have a lot of tricks!" A Sheng also pinched her nose and said, "I just like to be calculating, that is, I like you." The two were laughing and frolicking in bed like children ...