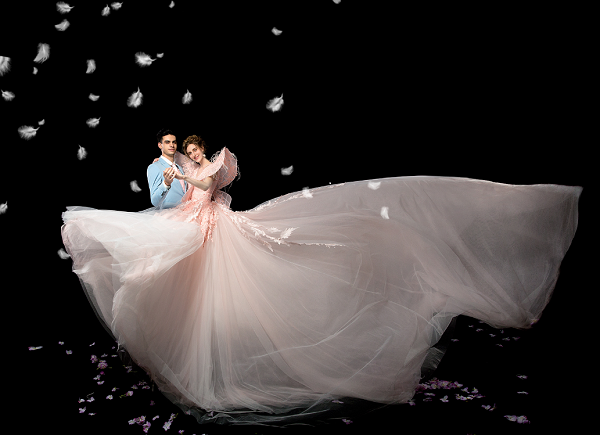 At the age of 18, he was imprisoned in Auschwitz concentration camp because German Nazis in occupied Poland suspected that they were "resistance fighters".

Here, he met a Jewish girl. The girl had big eyes and black hair, and her parents and two brothers were driven into the gas chamber of the No.2 concentration camp and brutally killed. And she was driven into the warehouse to do heavy manual labor.

Under such difficult and dangerous conditions, she gave him a friendly smile when she first met him.

It is this smile that narrows the distance between two people in distress. The transition from friendship to love is so natural and fiery.

With her, he doesn't want to stay in this "death factory" anymore. He wants to escape with her and be together happily in the corner of freedom.

He secretly got a Nazi officer's costume and a passport from his cellmate who worked in the uniform warehouse, and a wonderful plan was immediately brewed in his mind.

When everything was ready, he said to her is an understatement, "An officer will ask you for questioning tomorrow, and that officer is me."

The next day, he put on the uniform and went into the place where she was working. After greeting the guard, he pointed to her with his finger. She stood up, lowered her head, followed in his footsteps, and quickly came out.

He handed the pass to the guard, waiting for inspection.

As if a century had passed, the guards waved their hands and signaled that they could go out.

Have been out far away, their hearts are still beating, feeling that a bullet will shoot from behind at any time, ending their lives effortlessly.

Fortunately, everything goes well. They finally managed to escape from the dark concentration camp.

After nine nights in the dark, they finally arrived at their home not far from Krakow.

My son, who had been separated for 4 years, was still alive, and my mother was so excited that tears kept flowing. However, she is a devout Catholic, and she disapproves of her son marrying a Jewish woman.

He didn't want to make his mother sad, what's more, under the constant war environment, they could be captured by the Germans again at any time. To reduce the probability of being caught, he decided to separate from her for a period of time and wait until the war was over before getting married.

He hid her on a farm near his hometown, while he hid in Krakow.

The night before parting, they sat under the pear tree and hugged each other tightly. She put her head on his leg and wept silently. What a quiet picture it is, and such tranquility is what they have been longing for.

He vowed to return to her as soon as the war was over and never let her suffer any injustice.

When he left her, he spent every night thinking about her. When he thought about her voice and smile, his heart became soft as a cloud in the sky, and he didn't feel any pain.

In her thoughts, she finally waited for the good news that the Soviet Red Army drove away from the German Nazi army. He was ecstatic and couldn't wait for a quarter of an hour. She drove Snowy Road for 40 miles overnight and finally returned to her hiding farm in the early hours of the morning.

However, she was not there. She left the farm four days ago.

Three weeks ago, the farm was liberated, and she longed for it, waiting for him to come back to pick her up and fulfill her promise to marry her.

In the helpless waiting, her hot heart gradually cooled down, and she thought that he had died because of the war, or had forgotten her, and was no longer willing to honor her previous oath.

Either way, she does not need to wait any longer.

So, full of sadness, she boarded the train bound for Warsaw, the capital of Poland.

Time is a ruthless sword, which ruthlessly cuts off all messages between two people who love each other. She married someone else, and he, after a difficult search, was finally disheartened and married another woman.

Although each has his own family, missing, like wild grass, never stops for a moment.

Seven years after her husband's death, she still enjoys telling her and his stories to others.

On that occasion, when she told her Polish maid their story, the maid was shocked and said, "I know this story. I once watched the story of a young man who escaped from Auschwitz with his Jewish girlfriend on Polish TV.".

Like a bomb crashing and exploding in my heart, she realized that he had never forgotten her and that he had struggled to find her!

After some twists and turns, she finally knew his phone number. At the moment when the phone was connected, her voice returned to the youth and brightness 39 years ago. She said: I am your little Qi Bulska!

On the other end of the phone, he burst into tears.

After being teased mercilessly by time for 39 years, they finally met again in their twilight years. He holds 39 bright roses in his hand, each of which represents that he misses her for one year.

However, they can't keep each other together, because he already has his wife and children, and he has to shoulder his due responsibilities to them.

She shed tears but did not stop him from leaving. She loves him, so she doesn't want him to face a dilemma. After all, the time has changed something.

As long as he is happy, she wants nothing more.

He said: It is great to love, and I love her! After the war, I often dreamed of her, and when I woke up, I couldn't stop crying. Although fate is like this, I will still do it if history repeats itself.

His name is Becky and her name is Cybulska. They are the only "prisoners" who escaped from the gate of Auschwitz concentration camp for love.