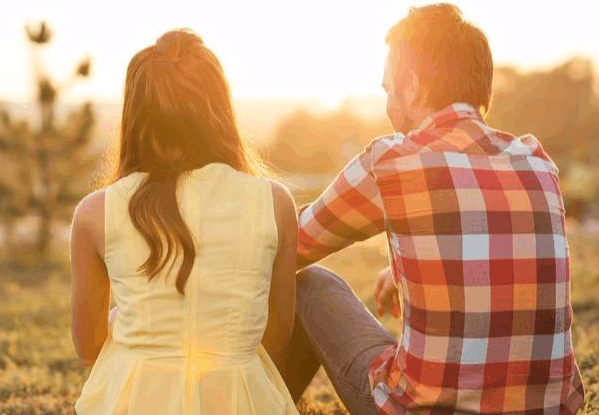 "Can you give me another chance to meet me?" In a dimly lit room, a man who was nearly 60 years old struggled to write a letter under the torment of headache. The room is filled with sadness and loneliness, but his words are as affectionate as ever: "Although there are so many on-and-off, ups and downs, my love for you has never diminished." The man died of a sudden cerebral hemorrhage that night. A few days later, the letter was sent to his former wife Elizabeth, who was called "Jade Girl"? Taylor's hands. This man is Richard? Burton.

Taylor and Burton are madly in love with each other.

Burton will never forget seeing Taylor for the first time. In 1951, at the age of 26, he first came to California to enjoy sunbathing. The beach wine made him too excited to calm down for a moment. But in an instant, he suddenly froze: "A girl sat up from the beach chair, took off her sunglasses and looked at me in this direction ... Her lazy body, deep eyes, and slightly parted lips ... were simply beautiful and extraordinary! I feel like I can't breathe ... I was shocked by her beauty. " However, for this young man who came out of the Welsh miners' family and had only three years of stage experience, the girl is obviously not the same kind of person as him. It was a brief encounter, they didn't talk, and they haven't seen each other for 11 years.

However, when they met again, the eyes of the whole world were cast on them. On January 22, 1962, Burton and Taylor played leading roles in Cleopatra. "Golden wind and high curative value meet, and they win but there are countless people in the world". When Taylor walked into the shooting scene with a thick Egyptian eye shadow, Burton went straight to her and said, "Did someone tell you that you are a beauty?" In the future, Taylor often laughed and recalled Burton's first conversation: "It's hard to imagine that we started like this!" Cleopatra became the classic of the two, which also made them fall in love. They rented a pink villa in a small port town in Italy. Taylor often recalls that time: "We spent the weekend together and barbecued ourselves. We love life here-super like it! " Burton affectionately called her "the ocean", and thought that she was a natural creation and a gift from heaven.

On March 15th, 1964, Burton and Taylor, who broke through many obstacles, finally got married quietly in Montreal, Canada. Taylor is wearing a yellow chiffon skirt, with Hyacinthus orientalis and lilies in her high curly hair and a diamond brooch Burton bought for her. A large number of journalists were turned away. The only thing Burton said to the media was: "Elizabeth and he is very happy, very happy." After the marriage, Burton took his wife's hand to the stage and said in a high Welsh tone: "This is their last marriage, and our feelings will not suffer setbacks again." The whole audience stood up and cheered with excitement.

Oath is no match for reality

But in fact, this is for lovers who can only love each other but can't be together. They are like two blazing flames. They love each other so deeply at first sight as if they can meet all obstacles. Once they are close to each other, they will be burned by each other and have to be separated reluctantly. He is a heavy drinker, and her hot temper has become the biggest obstacle in their relationship. Taylor always angered Burton. She said, "Richard is like a bomb, which can explode easily. Wherever we go, there is a slap in the face. "

In the quarrel day and night, it seems that only luxurious life can bring them happiness. They each drive a Rolls Royce, hers is green and he is silver. He bought a twin-engine yacht for $1 million and named it Elizabeth. He also bought her the most beautiful and expensive jewelry in the world, including a 33. 19-carat diamond ... In the spring of 1973, they went to Rome together, but they were in a room because of a quarrel. Late at night, Burton, who was tossing and turning, wrote to Taylor who lives next door: "We are all crazy, and unfortunately, we are stubborn."

Burton is always in pain after every quarrel. He wrote sincerely in a letter: "God punished Prometheus because he stole the kindling; God punished me because I took fire and tried to put it out, and this fire is you. We always fight for no reason, which makes me very painful. But the biggest reason why we torture each other is that I love you whether we are together or not. "

Although they loved each other deeply in their hearts and tried hard to maintain this marriage, on June 26, l974, they were inevitably separated.

After the divorce, they met again in Geneva. Taylor cried into tears in Burton's arms. In the face of the media, she made no secret of their feelings: "We love each other very much, and will not really be separated except for life and death. Separation is only temporary, perhaps for the sake of being together better in the future. God bless us through this difficult day, please pray for us. "

After several months of divorce, Burton couldn't restrain his thoughts about Taylor and began to write love letters to her crazily. There is reason in the letter: "God is my witness, I care about your happiness, not who you are with." There is resentment: "The person you are dating now must be good to you. If he can't do this, I will take a hammer and bricks to settle accounts with him!" There is a concern: "If someone hurts you, call me and say' I need you, and I will immediately rush at supersonic speed." There is a heartfelt confession: "The most magical word in the world is your name." There is also the sadness of despair: "The most essential problem, the most terrible and worrying fact is that we have been misunderstanding each other and our thinking is very different." He turned the tears into a whisper on the writing paper: "You should take good care of yourself … No matter how bad I was to you, you should know that I love you very much! Come back to me as soon as possible! I am not a qualified husband, but love can overcome all differences. "

Burton couldn't help calling Taylor to meet him after drinking, as if he wanted to seize the opportunity to renew his old friend. When the two met, he looked at Taylor like a child asking for help. His eyes were heartbreaking: "You are so unwilling to come back to me?"

On October 10, 1975, Taylor and Burton remarried in Botswana, a southern African country. At the wedding, Taylor said with deep affection: "Dear, I want to tell you that this is the last time, we have to stay together, and we never need to get married again-of course, we don't want a divorce." But this marriage lasted only nine months, and then ended in a quarrel.

The last letter has been treasured to this day

In 1966, because in the film "Who is afraid of Virginia? Woolf's outstanding performance, both of them were nominated for Oscar for Best Actor and Actress Award, and finally, Fengle won back his second Oscar statuette, but Burton was disappointed, this is his fifth nomination. Taylor was so dazzling that Burton's glory was obscured. He even thought it was "ridiculous" to be an actor and wanted to change careers as a writer. And this may be another stumbling block to their marriage.

After the second divorce, Taylor's acting career was no longer brilliant. The ruthless paparazzi magnified her personal grief infinitely. She was surrounded by tabloid headlines, and was connected with spirits, quarrels, diseases, and drugs, and had nowhere to hide. She once said bitterly, "What everyone buys tickets to watch is not my movie, but the farce of my marriage with Richard. And we just gave them what they wanted. "

In the last few years of his life, Burton poured out his infatuation to Taylor in the form of letters and notes until his death on May 8, 1984. Taylor soon learned about this nightmare. She picked up the last letter Burton wrote to her with trembling hands and burst into tears. Up to now, this letter is still treasured by her in the bedside cabinet.

These letters confirm the passionate and painful love of the two lovers for 22 years. It's easy to fall in love, but difficult to stay together. It's a hard-to-break pattern in love, and countless people are caught in it, including Taylor and Burton.

But fortunately, they had a very sincere love, enough to shock the world.

deep red bridesmaid dresses there will be something you like here.