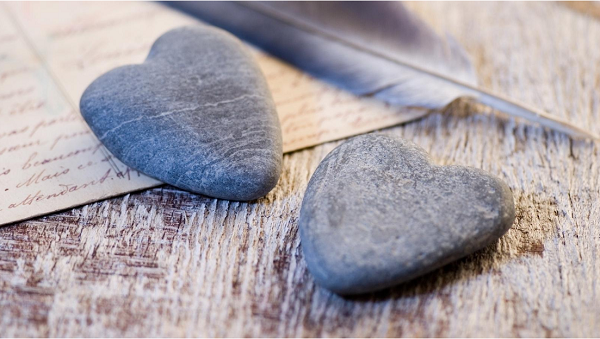 The most romantic person

Kobayashi has been in love with his girlfriend for five years, and their age is running to 30, but getting married is still not on the agenda. What reason? Can't afford a house! My girlfriend Xiaomei's family said there was no room for negotiation: you can't get married without a house! Influenced by her parents, Xiaomei's attitude is also very firm. Although Xiaolin has asked her for marriage twice, she hardened her heart and refused to nod. This is the hardware that determines the happiness of two people for a lifetime. Can it be vague?

On the most romantic day, Xiaomei received an invitation from Xiaolin to ask her to visit East Lake. He will give her a surprise gift.

When the two met, Xiaomei pretended not to care and asked: "We have known each other for five years, and we have never seen you send me any decent gifts. What surprises can you give me this time?" Her heart was pounding: Did he buy a house? Otherwise, this boy won't be so crazy.

Kobayashi smiled mysteriously and said, "Let's make a rule first. You can't ask until you get to East Lake. I'll tell you when you get there."

After listening to him say so, Xiaomei had to succumb to the urgent mood, but her mind was trying to extrapolate ...

East Lake is a small lake in the suburbs. People in the city often go fishing, swimming, getting in touch with nature and relaxing. Two people get in, in a short time to the east lake. There are not many people coming at the moment, only a few fishermen, who are very quiet and a good place to tell secrets.

As soon as they found a clean stone and sat down, Xiaomei couldn't help it. She urged, "Can you solve the mystery now? Say it quickly, what are you going to send me? " Looking back and forth on him, I found Kobayashi empty-handed and his pocket was very flat. But she comforted herself: How much space can a bunch of keys occupy?

Seeing her like this, Kobayashi was happy. Pointing at her nose, she said, "Don't think I will give you a bunch of keys to the new house! Let me tell you first, this gift is definitely not a house. "

Hearing this, Xiaomei's heart cold half, immediately show a disappointed look on his face. Kobayashi looked at his words and said, "However, although it is not a house, I can guarantee that this gift will be more expensive than a house, and you will be more surprised. Moreover, I dare say that you will accept my proposal today!"

"Beautiful thought!" Xiaomei lightly chastising rolled his fist. Looking at Xiaolin's methodical and confident speech, it doesn't seem like bragging. Xiaomei couldn't help wondering: What is more important than a house? So he urged again and again: "Don't be the suspense, tell me what it is!"

Kobayashi intentionally teased her: "What's the hurry? It's not yet time! Come, kiss it first! " Say that finish hug Xiaomei put the mouth up. Before the two lips came near, Xiaomei found an old lady walking in front of her. She hurriedly pushed him and said, "Someone is coming!"

Xiao Lin twists ahead of a look, helplessly TanTan hand, it landed. This is not a city, and in some countries people don't like it very much, playing kissy-poo, kissing and kissing in public. Especially some elderly people have to worry about you.

They watched the old lady come up slowly, walked up to them, and sat down on a slippery stone beside her. Two people a look, I blindsided. The old lady is probably from a nearby village. It seems that the old man's age is 890, if not 100. Her hair is completely white, she has a bun, her cheeks are deeply dented, her skin is like old bark, and she wears a set of old-fashioned clothes, which are old but clean.

See is an old man so old, two young people quickly put the heart of the play. At this time, the old lady gave them a slow look and smiled slightly.

Xiaomei blushed and asked with respect: "Grandma, how old are you this year?"

The old lady's ears probably failed, but she just smiled and watched her, but she didn't respond. Xiaomei asked loudly again, and the old lady pointed to her ear, meaning that she could not hear. However, the old lady seemed to guess what Xiaomei was going to ask, and opened her withered mouth and said, "I am waiting for someone." A mouth, two people see, there are several teeth in the mouth.

Xiaomei forgot that she couldn't hear her ears. She couldn't help but ask again, "Grandma, who are you waiting for?"

The old lady stretched out a dead palm and shook it, saying, "I am 93 years old this year."

They were happy when they heard it, and the old lady opened her mouth and laughed with them. Xiaolin told Xiaomei that there is a primary school near here. Maybe the old lady is waiting for someone.

Xiaomei really wanted to ask the old lady how she could live for such a big age, and her body and spirit were still so good, but the old lady could only say that she could not listen, so she had to look at the old lady with admiration and envy.

Unexpectedly, she didn't ask, but the old lady asked them: "Are you a couple?"

"You are not husband and wife?" The old lady is a little unconvinced.

Xiaomei wanted to think, then shook her head and said it wasn't yet. When the old lady saw it, she guessed something: "Girl, you haven't decided to marry him yet, have you?"

This point focused on their worries. Xiaomei and Xiaolin looked at each other and thought to themselves: This old lady is really amazing. Even this one can be guessed. I want to be the kind of girl when I was young.

The old lady looked at them quietly, smiling at the corners of her mouth, as if she had seen the shadow of her youth in the couple, and seemed to have seen through their worries. Xiaomei and Kobayashi were embarrassed by her.

After a while, an old man came up slowly with a crutch. The old man's eyebrows are all white, and he has a bare skull. Look at this appearance, his age is over ninety.

The old man glanced at them, pointed to his ears with a smile, and said, "I can't hear you. Why do you ask me?" I just came back from the market. " Xiaomei, they are happy again.

While speaking, the old lady next to her laboriously stood up from the stone and greeted her. As she walked, she complained, "I have been away for a long time!"

The old man looked cheerful and said, "By the way, he shaved his head." Then, I reached out and found something wrapped in a handkerchief from my arms. I handed it over and said, "Today's baked wheat cake is good and still hot!"

The old man also smiled: "He is too old to shave his head, and he almost can't do it."

The old man bent his left hand slightly outward, and the old lady stretched out her hand to hold him. The old man's palm also held the old lady's hand, so they helped each other and walked slowly to the village.

Xiaomei they looked at, I was surprised by DengYuan eyes. The two old people can't hear each other's ears, but this doesn't interfere with their communication at all. When they open their mouths, they know what the other person is going to say, and they don't look like people with two bad ears. To their surprise, it seems that these two old people are a couple!

Two people looked at the back of two old people walking together, and their hearts were filled with infinite envy.

Suddenly, the old lady turned to look at them and waved to Xiaomei: "Girl, come here."

Xiaomei rushed over and asked, "Grandma, what can I do for you?" The old lady's eyes were full of love and whispered, "Girl, marry him. I see this young man is a reliable person! "

Xiaomei rose to red in the face and subconsciously looked back at Xiao Lin. But the old man couldn't understand the old lady's words and looked at the old lady in amazement. The old lady gently pulled him and said, "Let's go, it's a matter for young couples!"

The two old people are drifting away, but Xiaomei is standing silently, thinking thoughtfully. I don't know when Kobayashi came over and whispered in her ear, "I used to come here alone to relax when I thought I couldn't afford a house. I often see this couple, the old man likes to go to the market, and the old woman guessed that her husband would come back at this time, so she came out to wait halfway and then went home together. That bare big stone must have been the grandmother's slip. The old man is used to bringing back two baked wheat cakes to his wife, but he forgets that his wife can hardly chew the baked wheat cakes. Dear, this is the gift I want to give you when we are so old, I hope you can wait for me here, then hold my hand and walk home together! "

Xiaomei bowed their heads and wanted to think, eyes are full of tears. She turned and punched Kobayashi, saying, "You want to be beautiful! Why should I help you? Can't you help me? "

Kobayashi burst into ecstasy and shouted, "That's a deal. When we are old, I will help you for a lifetime! "

bohemian evening dresses  makes you the brightest person in the audience.