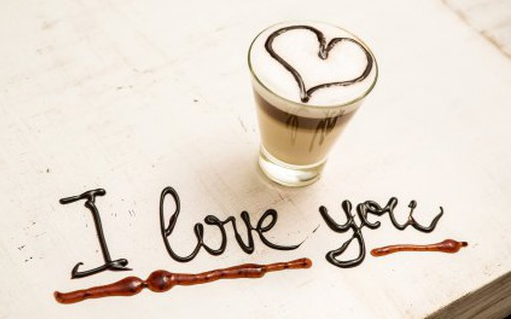 Waiting in front of the wooden lattice window (Part 1)

He knows that what he has lost is not only love but also a kind of harmony with the soul and dancing with the spirit, which only Lanni can give him. He must get it back. Otherwise, what's the point of life?

Waiting in front of Muge window This city is called "the city of hundreds of lakes", the city is in the lake, people are in the picture, and the small shop is located on the corner of downtown near the lake, named "the lake comes to the wind". The words "the wind from the lake" are written in calligraphy and have a great artistic taste. At first glance, it is thought to be a shop selling antique calligraphy and painting. Looking closely at the two models dressed in fashionable women's clothing under the shop sign, it turned out to be a clothing store. People come and go in front of the store, and the pop songs in the video store next door are wantonly publicized, which makes the store seem noisy. Behind the shop is a clear lake. Through the small wooden window, you can see three or two cruise ships. When it is calm, you can also see small fish playing in groups under the water. Xiao Ning sat in front of the work desk by the window, sketching clothes in freehand brushwork, clicking scissors wandering in colorful cloth patterns and sewing out various styles of fashion with small needles.

The clothes in the shop are all from the inner studio, by Xiao Ning's hand.

One spring day, a small girl came to the store. As soon as she entered the store, she literally called "Wow! So beautiful! It's like an art exhibit! " Say and try one by one, try this and that, and finally lock three sets, but still can't choose. The working girl in the store said enthusiastically: "These three sets are very suitable for you to wear, you can buy them all, and the style is different." The girl rummaged through the bag, some reluctantly put down her clothes, only picked the cheapest one, and said, "This is it!" Just about to pay, I heard a voice: "Take all these models. Today, the store is engaged in activities, buy one get two free!" Xiao Ning came out of the workshop.

"Really?" The girl was surprised with suspicion, and at the same time heard the puzzled voice of the working girl: "Boss, you ..."

"It's true." While speaking, Xiao Ning has packed three dresses and handed them to her. "It's great!" The girl cheered and stuck three big bags on her chest.

When I walked to the door, the girl suddenly turned around and said, "I still feel wrong, boss, you are too disadvantaged." Xiao Ning said with a smile: "I don't suffer, because my work finally met her master!" Girls don't understand, Xiao Ning said, "My shop is not where customers choose clothes, but where clothes choose her master! Every piece of my clothes is waiting for her master! "

The girl thought this man was special, and she looked back at him when she left.

The girl named Lanni, who just graduated from college, went to the city to find a job and rented a loft opposite the lake. During the day, she shuttled through the streets with classified advertisements. When she was hungry, she went to a small restaurant to eat noodles. At night, she walked carefully along the clear lakes in the city, which was the most enjoyable moment of her day. The reason why she chose to come to this city is that she likes the lakes, large and small, and takes quietness and elegance in the noisy city, and has a unique charm that is in tune with her soul. This charm of Lanni has added a few minutes since she scoured the lake for clothes. She often comes back from a walk along the lake and winds around the lake to see if there are any new models on the models in front of her door that make her move. Although she has no money to buy clothes, looking at them can also nourish her eyes.

Lanni finally got a job, and the pay was very generous. The day before she reported for duty, she went to the lake to collect a business suit. When the working girl wasn't there that day, Xiao Ning went straight into the workshop, took out a rose-red cotton dress, and told her to change it in the fitting room. The moment Lanni appeared in front of the fitting mirror, she couldn't help screaming. As the saying goes, the dress is just like her, and the color, size, style, texture, style, and personality of this dress are designed for her. She looked at Xiao Ning in surprise. This designer is not like a designer but a wizard! She suddenly wanted to see Xiao Ning's studio, and Xiao Ning took her in. As soon as she entered, she was shocked. There was such a paradise in the downtown area: colorful fabrics were placed orderly in the small attic, and under the attic was a big workbench, which was simple and bright. The most striking thing was the small wooden window between the workbench and the attic. Through the square window, she vaguely saw the sparkling water of the lake and smelled the damp lake wind with a slightly fishy smell.

Lanni suddenly fell in love with this place. She turned and asked Xiao Ning: "Boss, do you want to recruit people in your store?" "Yes!" Xiao Ning's eyes lit up. The working girl in his shop just quit because the salary is too low. He is looking for a candidate. More importantly, what a temperament woman it is! "However, the business in my shop is not very good, and the treatment is not high ..." He looked at her with great concern. Lanni said excitedly: "Nothing, I only have one condition: often let me go to the workshop to see." Xiaoning nodding. Two people immediately finalized, some can't wait.

As soon as Lanni arrived, the store was full of vitality. A very ordinary piece of clothing, which she randomly matched, made people shine at the moment, and even some of Xiaoning's failures were brought back to life by her. Once, a girl was trying on a crimson V-neck T-shirt. Lanni untied a pink silk scarf around her neck and tied it on the girl. The girl immediately bought the T-shirt together with Lanni's silk scarf. Xiao Ning just saw this scene, and his eyes widened. This T-shirt has been hung in the store for a year and has not been sold. It is getting dusty, and it is about to be withdrawn, but Lanni turns it into a magical one and sells it. This is really a girl with aura. She was lucky enough to meet her. Xiaoning satisfied smiled.

Xiaoning is glad at the same time, Lani also glad. She loved every dress in this shop, so when Xiao Ning asked her to be the image spokesperson in the shop, she was ecstatic. I can wear my favorite clothes every day, and imagine that these clothes are designed and made for me, and the designer is right in front of me. What kind of feeling is this? Sometimes she stood at the door and secretly looked at Xiao Ning, who was working in the backroom, with a silly sense of happiness.

The happiest moment was when Xiao Ning called her to be his model in the workshop. He took a tape measure and carefully measured her body length, shoulder width, sleeve length, waist circumference, and hip circumference … and then asked her what kind of collar she liked, as well as the shape of cuffs and even buttons. She would turn her beautiful little eyes and put forward some strange ideas, which were all accepted by Spawning. Therefore, a bold and innovative series of pure cotton skirts were launched in the store, and they were named "Dream Series". Soon, some customers questioned why all your fantasy series are small. Xiao Ning suddenly realized that she was designed for one person, and the small and exquisite Lanni certainly knew it. After the customer left, Xiao Ning made eye contact with Lanni, and immediately jumped aside in panic.

When the cool lake wind beats the wooden lattice window with drizzle, Xiao Ning thinks that autumn is coming, and the clothes in the store should change seasons. He told Lanni to close the shop early and go to the workshop to be his model. He wanted to design autumn styles. Lanni was filled with joy. The sunset in late summer is printed on the lake and shines through the wooden window to the workshop, which is less wanton and softer. Xiaoning and Lanni measured their sizes in the sunset at the window. The silhouettes of the two men were printed on the opposite wooden wall, with their heads facing each other. They were a pair of wall people made in heaven. Xiaoning suddenly stopped working and took Lanni ...

The classic of platonic love

All the fish in Houhai know that I love you-2

All the fish in Houhai know that I love you-1

a flying moth darts into the fire-5

a flying moth darts into the fire-4

a flying moth darts into the fire-3

a flying moth darts into the fire-2

a flying moth darts into the fire-1