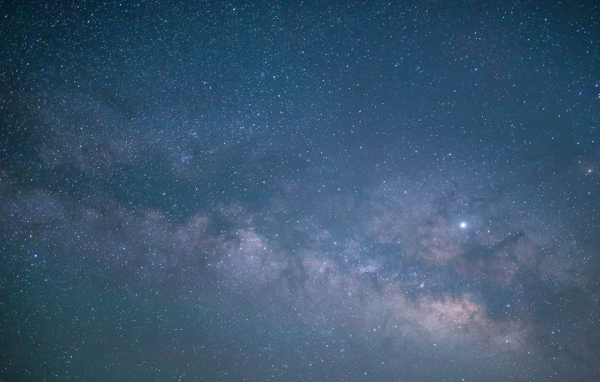 Waiting in front of the wooden lattice window (Part 2)

Autumn passed quickly. When the north wind blows, the small wooden window can't resist the cold attack, and finally closes, but there is still a cold wind invading through the window. The love between Shawning and Lanni seems to have poured into the cold wind.

In fact, when a tall woman appeared in the shop, Lanni's heartfelt a bit chilly. Women's clothes don't seem obvious, but there is an aggressive luxury. That day, after she entered the store, she went directly to the workshop inside, as if she didn't even see Lanni, the working girl in the store. She came out after a long time, and Xiao Ning followed her. When I walked to the door, Xiao Ning turned back and said to Lanni, "I left a little in advance. You should close the store early and go back."

"Oh." Lanni seemed to answer, but she didn't even hear her voice. She just watched them disappear into the noisy street ...

The woman named Gao Yaqi is Xiao Ning's ex-girlfriend, which Xiao Ning mentioned. Gao Yaqi stayed in the provincial capital after graduating from college, while Xiao Ning returned to the small town to open this shop because his mother was here. That's all Lanni knows. I don't know why she suddenly came to the town to see him. Or catch up? Lanni was upset and closed the shop early.

Instead of going back to the attic, she walked closely along the lake behind the store, looking back at the store every few steps. The days in that small wooden window are so beautiful, they are as beautiful as high-grade items, and they can't bear to be touched. But she faintly felt that this beautiful object was about to belong to another, and her heart was in severe pain, and her legs were too heavy to lift.

Sure enough, a few days later, Xiao Ning called her to the workshop and gave her all the transfer procedures in the store, saying, "This store is left to you to operate, and I have paid the rent for five years. Go and get some ready-to-wear clothes by yourself after the clothes are sold out. " Say put a passbook on the workbench. When he did all this, his eyes never looked at her. No, he was avoiding her.

Lanni knew Xiao Ning was going to the provincial capital, where Gao Yaqi had set up the same shop for him, and his mother had passed away, so there was no obstacle between them.

Lanni became the master of the lake wind, and the workshop with wooden lattice windows near the lake also belonged to her, but now she no longer sets foot in it, there is no scenery there, only sad memories. She bought a big lock and locked some sundries together with her memory in the workshop. But how can memory be locked? She often sits in the shop and stares at the dreamy series of cloth skirts in the corner, and she seems to hear them crying in a low place.

Half a year later, Xiao Ning returned to the city and went straight to the lake, but the lake wind had been locked by a big lock. The owner of the video store next door came out and handed him a pack of things, which were related formalities, a passbook, and a door key. Xiaoning opened the door, everything is like when he left, just covered with a thick layer of ash. He called Lanny's cell phone like crazy. Over and over again, knowing that it has stopped, it is still neurotic to dial.

Lanni's gone! She's not coming back! Xiao Ning looked at the calm lake through the wooden window, and suddenly burst into tears ... He knew that what he had lost was not only love but also a kind of harmony with the soul and dancing with the spirit, which only Lanni could give him. He must get it back, otherwise, what's the point of life

The next day, Xiao Ning cleaned all the corners of the store carefully, and he wiped the wooden window again and again as if to erase the confusion for half a year. He set up the workbench again, and new works were hung out, all in small sizes. They are all designed for one person. He believes that as long as he keeps waiting in this shop, one day, his beloved person will come back.

Soon, a shrewd businessman turned this row of storefronts into a night market on the lake, which was engaged in catering. Someone offered five times the price to sublet the store from Xiao Ning, and Xiao Ning refused. He has regarded the small shop as the position of love, and everything is possible.

In the spring of another year, a female reporter of Evening News scoured for clothes and winds in the lake. After hearing the story of Xiao Ning, she went back and wrote an emotional record. There is Xiao Ning's cry of blood in the text: "Lanni, come back! I am waiting for you at the window of Zhuge ... "

After the article was published in the newspaper, many infatuated women came to the door, demanding to work for Xiao Ning and be his full-time model, some frankly wanted to marry him, some offered to be his lover, and even to be a nanny. Xiao Ning refused: "I am waiting for my love."

Xiaoning off beautiful women, looking at the store every time to wait. One warm afternoon, like a dream, I heard a soft voice: "Boss, do you want to hire people in your store?" There seems to be a small figure flashed in. He jumped in and rubbed his eyes hard. No one was alone. It turned out to be a dream. At that moment, he wondered if the girl who made him yearn had really been here. Or was it a dream he made up?

The house full of small peasant skirts looked at him quietly, as if they were sympathetic and mocking. He responded with a calm smile, even if it is a dream, he will keep it. I missed it once, but I can't repeat it.

The world is troubled, so long as you keep the peace and softness on the back, everything is possible. Outside the wooden window, the light blue lake is singing softly …

red sexy prom dresses To make you get the most attention from the whole audience.